For creation and innovation. Get in touch 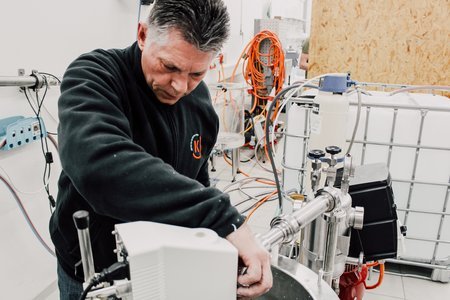 Kinematica always tries to push forward - with a larger focus on science, we started Kinematica Science & Development in 2020. The main focus lies on connecting our huge experience in the homogenizing technology with science for more innovation and creation for our customers together with us. With Kinematica Science & Development, the main purpose of Kinematica, perfecting homogenizing technology for a more sustainable, healthier and more flavorful world, gets fulfilled.